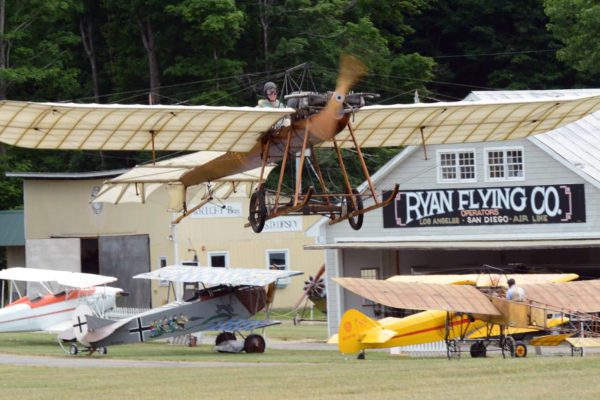 René Hanriot’s, design was known for its simplicity and elegance. It was strongly built, and its most recognizable feature was its mahogany-skinned fuselage, built much like a racing skiff and requiring minimal wire bracing. In 1910 Rene’s son Marcel became the world’s youngest flier at age 15 and made news headlines flying Hanriot designs.

Cole Palen, Mike Lockhart and Andy Keefe built the Hanriot in the winter of 1974 from drawings and details appearing in FLIGHT and other books on period aeroplane construction. The controls are similar to the original, with the right stick controlling the elevator by fore-and-aft movements and the left stick controlling wing warping by left and right movements. The coupé button on the left stick is used to kill the engine for speed control.