Back to Collection Home In July 1909, Louis Bleriot made the first flight across the English Channel in an aircraft nearly identical to ours. The Aerodrome’s Bleriot is believed to have crashed at a 1910 air meet in Massachusetts, was rescued from a junkyard in 1952, and restored in 1954. It is the oldest flying aircraft in the Americas and second oldest flying in the world. It flies almost every weekend in the air show season. 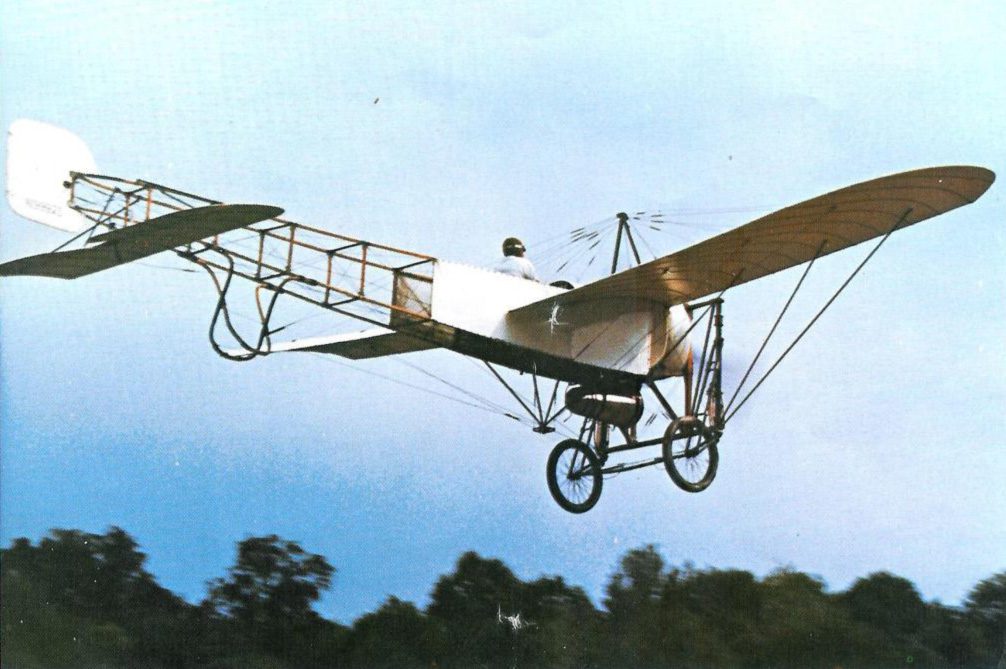 Except for minor fuselage repairs, this American-built machine is a very original, slightly enlarged, version of the famous Channel Crossing Bleriot. It was owned by a Hudson Valley aviator and stored in a barn near Boston after an accident. Built on Long Island, our “Cross-Country Type” has an extended range gas tank. European versions were used for distance flying competition. Although it once reached 500’ of altitude, it no longer flies because of damage to the very rare engine. Custom-built for the editor of “Collier’s Weekly,” this aircraft was test flown in July 1913. It may have featured the first self-starting engine on an airplane. The wings and portion of the tail in our Museum are all that remain. Based on the design, we initially thought it was a French Breguet. Measuring the components against Burgess-Collier drawings showed them to be an exact match. Octave Chanute pioneered glider flight in the United States. While our reproduction is one of his weight shift efforts, he primarily focused on developing mechanized control systems. He and his assistants made over 1000 flights between 1897 and 1898 and the Wrights consulted him as they developed their machines. Our reproduction was built by E. Gordon Bainbridge in 1980. Glenn Curtis, a pioneer aviator and Wright Competitor, was based in Hammondsport, NY. He came to aviation from motorcycle and marine interests. Cole Palen built this reproduction of his Model A pusher in 1957. It was damaged in a crash, restored in 1975 and has been exhibited aboard the Intrepid Air, Space, and Sea Museum and at the Niagara Aerospace Museum. Glenn Curtis a pioneer aviator and Wright Competitor was based in Hammondsport, NY. He came to aviation from motorcycle and marine interests. Cole Palen built this reproduction of his Model D pusher in 1976. Originally powered by a Hall Scott engine and now mounting a Curtiss OX-5, the airplane flies almost weekly during our air shows. During the winter of 2003, it made its longest flight around an Australian Airport. 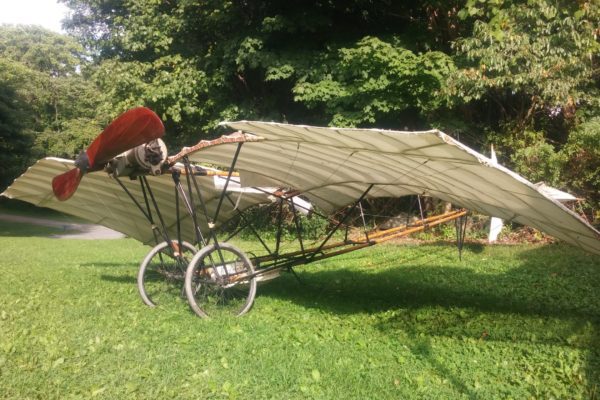 Perhaps the first “ultralight” aircraft, Alberto Santos-Dumont’s “Demoiselle” was a sensation in 1909 Paris as he flew the diminutive machine about the city. Built largely of bamboo, the Demoiselle achieved international recognition when plans for it were made public. Cole Palen built our reproduction around 1957 and it was restored in 1998. Jeweler Louis Cartier developed the wristwatch so that Santo-Dumont could time his flights around the City of Lights. The company that would build the famous SPAD of WWI, produced a series of racing aircraft during the pre-war period. Société de Production des Aéroplanes Deperdussin created this machine in 1913. Its lightweight, plywood shell fuselage anticipated modern “monocoque” construction. Our example was built in the winter of 1974-75 after Cole and Rita Palen made drawings from the original in the Musee De L’Air. It was taxied, but never flown. Igo Etrich’s bird-like Taube (Dove) was one of the most recognizable pre-WW1 aircraft in the skies over Europe. Designed in 1909 and licensed for construction in 1910 to Austrian and German concerns, the stable Taube proved to be reliable platform for training, reconnaissance, and even light bombing duties. Various models saw service with Italian, Austro-Hungarian and German Air Services until they were outclassed in late 1914. When Mike Fithian-Eyb discovered that his grandfather, Capt. Robert Eyb, had flown a 1912 model F for the Austrian Air Service, he embarked on 16-year mission to research, build and fly a full-size replica! René Hanriot built and raced motorboats, so it is not surprising that this airplane appears to have a racing skiff for a fuselage. The light weight, “monocoque” fuselage was advanced for the time. Hanriot’s son flew this type airplane in European competitions, and at age 15, was the youngest licensed pilot in Europe. Our reproduction flies in our airshows and reached over 1000’ of altitude for an extended flight at Hammondsport, NY in 1976.