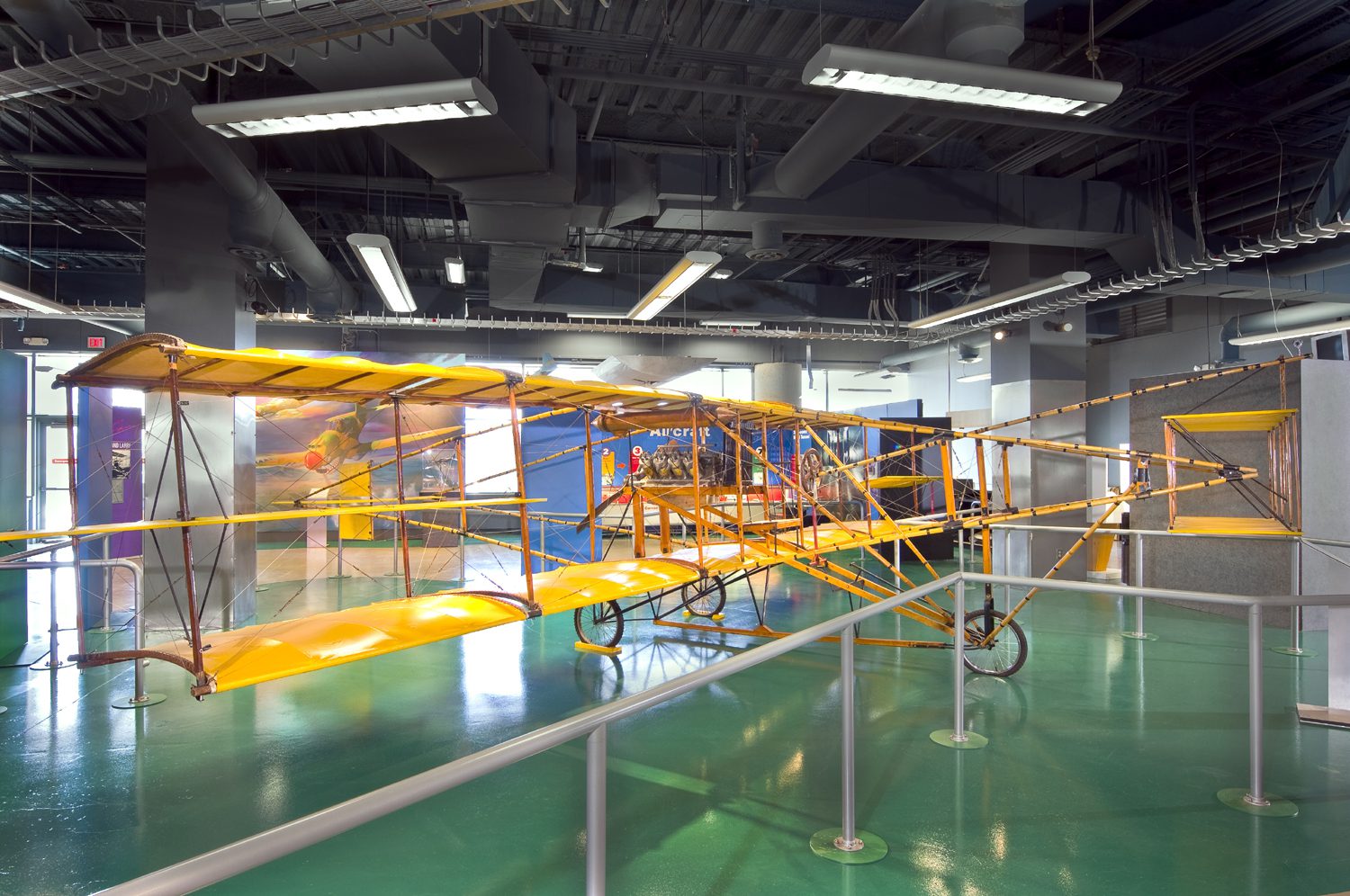 Glenn Curtiss was one of the most significant names in pioneer aviation and a rival of the Wright brothers. His success as a motorcycle builder and racer caught public attention and in 1907 he established a world land speed record of 136.3 MPH. Captain Thomas Scott Baldwin lured Curtiss into the world of aviation by having him design an engine to power a dirigible. This led Curtiss to further experiment with flight and he developed numerous aircraft designs shortly thereafter. This aircraft was originally built in 1957 by Cole Palen and crashed at an off site air show. Fortunately, Cole was not injured in the accident and the Model A was restored in 1975 in Florida. In recent years it was on display aboard the Intrepid Sea, Air and Space Museum in New York City and is currently on loan to the Niagara Aerospace Museum.

Click for more information about the Curtiss Pusher Model A