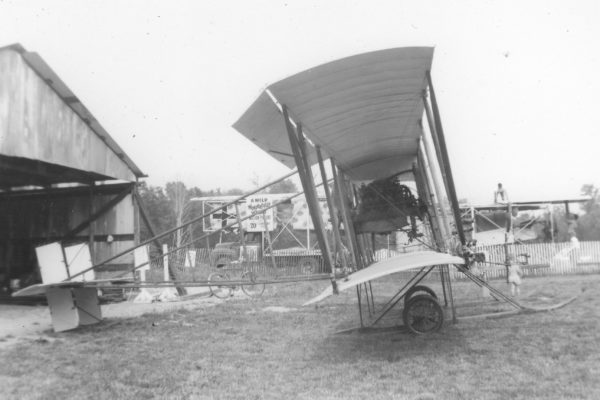 This aircraft is one of 12 manufactured by W.T. Thomas of Bath, NY for county fair barnstorming pilots. It was his second design and in November 1912 an aircraft of this type established the two-place world’s endurance record flying non-stop for 3 hours and 52 minutes. At one time, pioneer aviator Earl Frits owned this machine.

Pilot, artist, photographer and historian, Owen Billman discovered this airplane in a barn in central New York. The wing panels had been used by a farmer to protect his tomato plants from frost damage and were in poor condition. Billman gave the remains to Cole Palen as a gift and Cole filled in the missing details of construction through his conversations with W.T. Thomas. It was restored and flown considerably from 1964 through 1966. Incredibly, Cole Palen flew this aircraft from the Old Rhinebeck Aerodrome to Flushing Airport of New York City where both man and machine appeared on the TV program “I’ve Got a Secret” on April 26, 1965.

Click for more information about the Thomas Pusher Model E