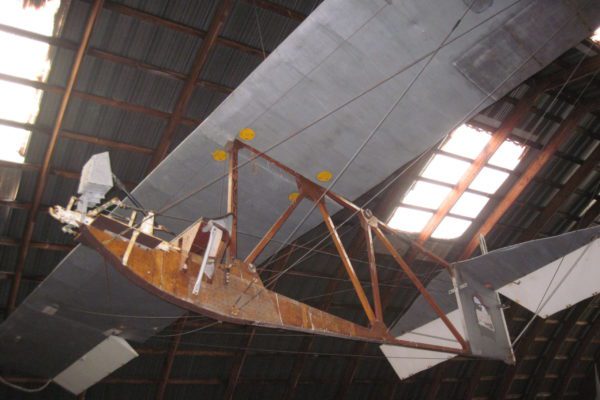 This glider is typical of many from the Lindbergh era. It was a low-cost way for one to get into the air and could be launched either by a stretched rubber cord or automobile tow. It can be easily assembled or disassembled in minutes. The pilot sat in an exposed seat on an open, truss-like wooden girder. The wooden wing was attached to the top of the girder and covered in doped linen.

Cole Palen flew this glider during Saturday shows in the later 1970s. It was catapulted into the air by a small automobile towing a bungee cord attached to the glider. Once airborne, Cole would release the tow line and make a low-level flight down the runway, landing at the far end.

Click for more information about the Dickson Primary Glider