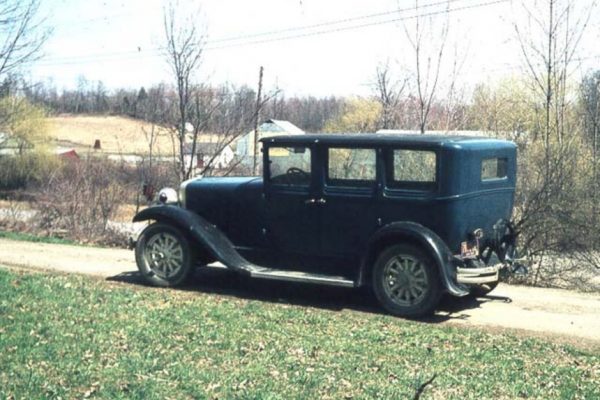 H. H. Franklin was known as a motorcar pioneer and manufactured nothing but air-cooled automobiles. Their light construction was always used as a selling point. In 1923 the company advertised that a Franklin had been driven in 122-degree temperatures through the sandy Imperial Valley of California for hours with no bad results. Charles Lindbergh openly favored the Franklin, and in an unrelated story, a 274 cu. in Franklin engine was installed in a Waco biplane and successfully flew it.

This vehicle made many trips to Queens, NY in the 1960’s when Cole Palen was courting the woman who would eventually become his wife, Rita Weidner.