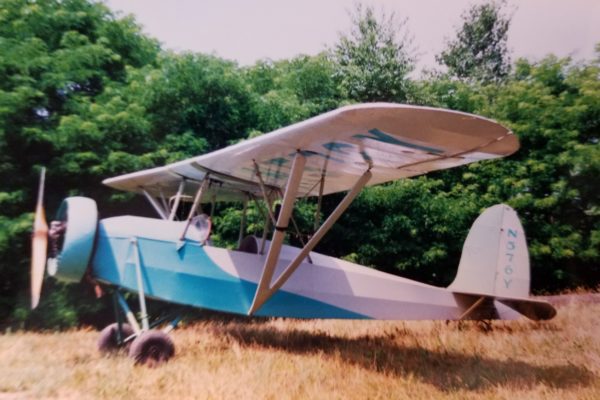 The Nicholas Beazley Company was formed in 1921 by Russell Nicholas and Howard Beazley in Marshall, MO. Walter Barling, designer of the Barling Bomber joined the company in 1927 to develop his new design, the NB-3, using new concepts and construction. Tom Kirkup joined N.B. in 1929 to develop the NB-8G, a folding wing parasol with an 80 HP Armstrong Siddeley “Genet” engine. The NB-8G could reach 116 mph, take off with no hands on the controls, attain level flight with turns initiated by rudder alone, and landed hands off. Longitudinal trim could be changed by leaning forward or backward and reducing or adding power. It was available with a glass cockpit enclosure for winter flying. Fifty-seven NB-8s were produced from 1931 to 1932, and the 58th  was assembled from spare parts in 1935.

Click for more information about the Nicholas Beazley NB-8G